A fresh look at stem cell therapy; you may be both surprised and enlightened when you find out how this treatment method helps patients at Piedmont Physical Medicine and Rehabilitation. 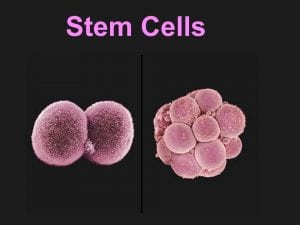 What are stem cells?

These cells are one of the essential building blocks of life. They have the unique ability to grow into a variety of other specialized cells, forming brain, muscle, and internal organ tissues during the development of a fetus in the womb. Following conception,  stem cells either remain as stem cells or transform into the types of cells the body needs to grow. In some parts of the body such as the bone marrow, stem cells continue to replenish the tissues throughout the lifespan, while in others such as the liver, they will only reproduce under specific circumstances. 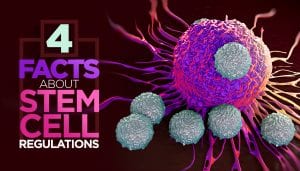 One of the first questions many people ask is: are stem cell treatments “FDA-approved”? First, we want to clarify that the FDA only approves and denies the use of drugs and medical devices. Autologous stem cells – which are done in same-day procedures – do not fall in either of the “drug” or “medical device” categories. This is why we cannot say that stem cell treatments are FDA-approved. The FDA can only approve of stem cell-based products”, which leads us to our next point… 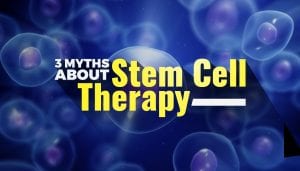 Stem cell research and therapy were a hotly-debated topic in the early 2000s, but there hasn’t been much mention of them in mainstream media in recent years. This has given some people the idea that stem cell therapy hasn’t been pursued, but nothing could be further from the truth.

In fact, research into stem cell therapies for regenerative medicine has been an important and well-funded field since the first bone marrow transplant in 1957, and several useful therapies have been tested, found effective, and are in use today all over the world. Yet the myths about stem cell technology still remain common. Here, we’ll debunk some of these common myths to give you a better understanding of what stem cell therapy entails.