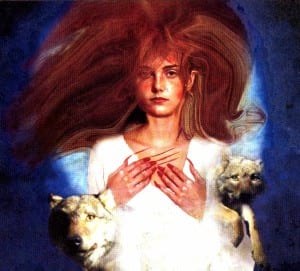 Transactional Analysis is based upon the Parent-Child-Adult model of psychotherapy. It begins with certain basic assumptions:

Throughout childhood, several “injunctions” or negative influences teach us to deviate from the “I’m O.K., You’re O.K.” center point. As these negative injunctions increase, they outnumber the positive ones, resulting in a “stroke deficit” economy.

The results of these teachings are the No Love, No Mind and No Joy scripts. Since they have a profound influence on our ability to make responsible choices they affect whether we learn through love, power or suffrage. The way to gain independence from this problem is to learn how to both recognize and receive positive strokes while de-emphasizing the negative ones.

The No Love Script:
The Lovelessness script is based on a set of early childhood injunctions that effectively cripple the growing child’s normal tendencies and skills for getting strokes. Since they are brought up in a stroke deficit economy their need to be shown love is never met. The result is various degrees of depression with feelings of being unloved and/or unlovable.

The No Mind Script:
Going crazy is the most extreme expression of the No Mind Script. Mindlessness, or incapacity to cope with the world, the feeling that one has no control over one’s life consumes the afflicted. This script is often interpreted as having no will power, being lazy, not knowing what one wants or being stupid. Since the No Mind Script was brought up in a negative stroke economy that did not allow the child to make decisions for himself, the child never develops the capacity to think and to figure out the world.

The No Joy Script:
No Joy injunctions include training early in life to disregard their bodily sensations and messages, whether pleasant or unpleasant. Constant pressure is exerted to prevent the child from being in touch with exhilaration and the joy of the full body experience. The result is someone who is disconnected from his or her emotional and physical self. The extreme response to this alienation is drug addiction. A hardened, unfeeling cigarette and coffee addicted, hard-drinking, unhappy person is common. Others are simply out of touch with their feelings – good or bad.