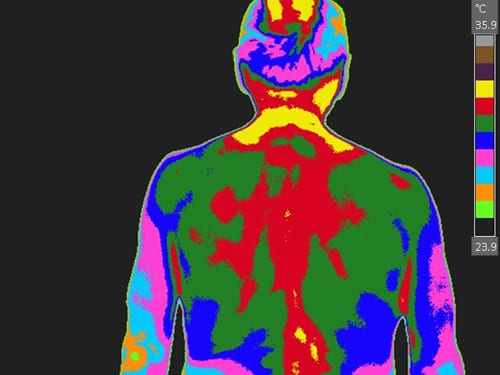 The Angry Backfiring C Syndrome (ABC) occurs when the sympathetic nerve fiber becomes angry, or backfires (like a car engine) in response to an underlying injury (usually ligament or other soft tissue).

The nerve itself spits out various vasodilating chemicals such as substance “p”, kinens and histamine. These chemicals inflame the tissues and cause pain. In addition, the C-fiber itself becomes hypersensitive because of its own actions.

When someone sprains an ankle, it would not be surprising if he complained of continued burning pain afterwards. It is also easy to imagine the ankle becoming warm, swollen, discolored, and painful to light touch. It is the vasodilating chemicals that cause this to occur. If persistent sympathetic pain develops, it is called the ABC syndrome.

The ABC syndrome does not represent a true RSD. Thermographic examination shows localized instead of widespread vasodilatation, and patients usually respond quite well to ligamentous injection, physical therapy, orthotics, or the use of vasoconstricting medications.

Treatments such as capsaicin cream, which reduce neuro-immunoinflammatory responses, can also be quite helpful. In the ABC syndrome, sympathetic blockade often does not work, and in fact only makes the problem worse (by vasodilating the area further).

The ABC syndrome should be thought of whenever someone fails to respond to sympathetic block or who say the block made them worse. 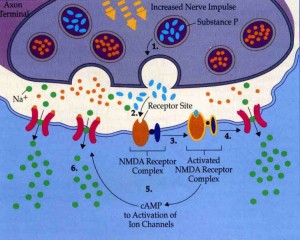