Do Hurricanes Make You Hurt? 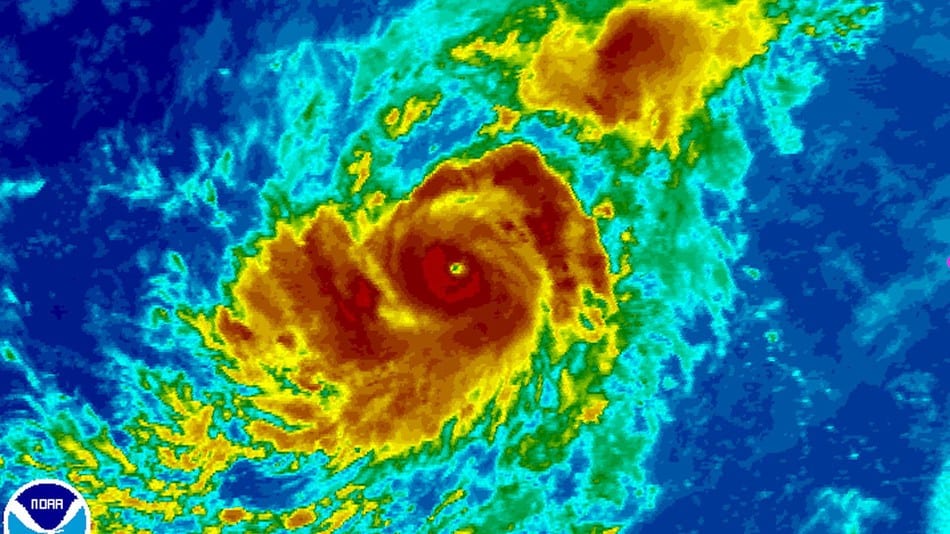 While it’s obvious that hurricanes can cause massive physical damage, when one is brewing many people complain of increased joint pain, headaches, and painful flare-ups of older injuries.  In fact, when Hurricane Irma recently hit Florida, the Naples News advised their readers to blame the hurricane if they noticed severe headaches and migraines.   It is not uncommon for people who live near or even farther away from the storm to complain of increased musculoskeletal symptoms.

But claims of weather-related pain aren’t confined to hurricane season.  Many people insist they feel aches and pains, including neck, back, and even chronic widespread pain whenever a front is on the way.  At the extremes of temperature (very cold or very hot) the more pronounced this can be.  And that’s why some claim they can predict an approaching storm when they feel pain in one or more joints. You may have an aunt who can forecast stormy weather when her trick knee starts hurting, or a grandmother who says her arthritis always flares up before damp weather.  This is more, much more, then a wives tale.

The belief that stormy weather is related to increased joint pain can be traced all the way back to the fifth century B.C.  The scholar, Hippocrates, also known as the “father of modern medicine,” was one of the first who noted a definite connection between certain weather conditions and pain. Hippocrates said: “In marshy regions, the icy rains of winter give men a troubling thinness about the shoulders and clavicles” and also that “their viscera will be very dry and warm and thus require the stronger drugs.”

How Can Weather Cause Pain?

The leading theory is that the portion of the nervous system that causes your fingers to swell when it is hot or shrink when it is cold is also responsible to pain.  Sometimes the system starts to become overly responsive to changes in barometric pressure and when that happens it  can cause many people to suffer pain in their ligaments,  joints and muscles. How does it work?  We don’t really know why it happens, we just know that it does.

When air pressure decreases due to  a hurricane or other storm, the pressure outside your body is also decreased, which causes expansion and contraction of tendons, muscles, and bones, resulting in joint pain.  As the gases and fluids around the joints expand, more pressure is put on surrounding tissues and sensitive nerves. And since barometric pressure typically drops before a storm’s arrival, it explains why sensitive people can feel pain in advance.

Is Weather-Related Pain “All in Your Head”?

While your grandmother in Houston might insist her arthritis became much worse before and during hurricane Harvey, there is still controversy surrounding the notion that that weather contributes to increased aches and pains.   This is despite that we can prove the presence of weather sensitive physiology in patients with a test called medical thermology.  In this test your doctor may ask you to stand disrobed in a cold room and then take “thermal” or skin temperature images of you with an infrared camera to both map and measure if any abnormal patterns are present.

Yet studies conducted at The George Institute for Global Health at the University of Sydney compared people’s reports of pain to weather data from the Australian Bureau of Meteorology.  Scientists found no links between changes in air pressure on damp days and 993 patients’ reports of chronic back pain. Results also showed no clear association between aches and pains, and temperature, humidity, air pressure, wind direction or precipitation.  But that should not be a surprise; they asked the wrong question.  Its not the weather outside that matters, it’s the changing barometer.  And that happens before the weather outside changes.

A study published in the journal, “Pain,” looked for an association between increased pain and weather in four different cities: San Diego, Nashville, Boston, and Worcester.  Two-thirds of the participants who were interviewed about their chronic pain reported that weather seemed to make it worse. Most of them claimed they could feel increased pain before the weather actually changed. In some cases, they felt aches and pains at least one full day before the bad weather arrived.

A study conducted by Tufts University discovered that every 10 degree drop in temperature corresponded with an incremental increase in arthritis pain. They also confirmed that low barometric pressure, precipitation and low temperatures can cause aches and pain.

Research published in the journal, “PLOS ONE,” reported that researchers from the University of Washington School of Medicine and Harvard University discovered a connection between weather temperature and increased Google searches for hip and knee pain.

Never Use Weather as an Excuse to Avoid Treatment!

Whether you’re experiencing chronic pain on a daily basis or it only flairs up during damp weather, it should never be ignored. It might be an indication of a deeper problem. At Piedmont PMR, we take a holistic approach to weather-related pain, analysis and treatment.  We make use of diagnostic medical thermal imaging and other collaborative medical testing to help create an individualized treatment program including elements such as lifestyle changes,  nutrition, prolotherapy, PRP, structural support cell therapies and other treatments that increase blood flow.  We seek to help what hurts but both repairing the source of your pain and improving your body’s ability to help itself.

If you have chronic weather sensitive pain and are looking for non-narcotic options that are intended to treat the root cause of your problem call our friendly staff today to schedule a consultation: (864) 235-1834