What is a hormone?

In simplest terms, hormones are chemical messengers that course through your bloodstream and enter tissues where they turn on switches to the genetic machinery that regulate everything from reproduction to emotions, general health, and well being. Hormones can be thought of as the life-giving force that animates you physically, mentally, and emotionally. 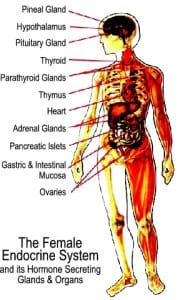 Where are hormones made?

Different glands and organs throughout the body produce hormones:

How much, and what type of steroid hormone is produced is controlled by specific chemical messages from the brain. 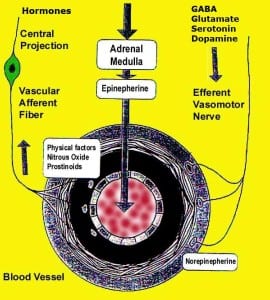 Why only some tissues respond to hormones

Once the steroid hormones are released into the bloodstream, they are carried within seconds to different tissues throughout the body. While all cells of the body are bathed in the steroid hormones, only some respond to the hormone signal. For example, cells in the breast, uterus, and brain respond to estrogens, whereas muscle cells do not.

Response to a specific hormone requires the presence of a specific steroid-binding receptor protein within the cell. When the steroid enters the cell, it binds and activates the receptor, which in turn, activates unique gene sites that orchestrate the production of new cell products such as enzymes, structural proteins, and new receptors to other hormones.

Each of the different steroid hormones is responsible for regulating thousands of unique and different cellular products needed for general cell maintenance and repair as well reproduction, immune modulation, and brain function. In short, steroid hormones are powerful molecules essential for maintaining physical and mental health. So it is not difficult to see why an imbalance of any one hormone can throw your physical and mental health out of balance, causing aggravating and even serious health problems. 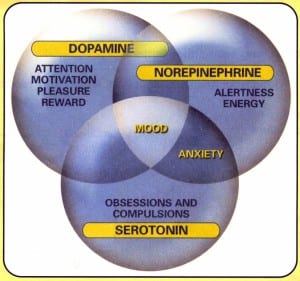 Why Are There So Many Options for Hormone Replacement Therapy and Which is Right For Me?

As we age, we may develop an imbalance or deficiencies in hormones. This may produce symptoms that range from annoying, e.g. hot flashes, to dangerous, e.g. broken bones from osteoporosis, or heart disease.  Other times quality of life is affected (altered sex drive and reduced vitality are just a couple of examples).  As you might imagine no one wants to experience any of these things and many people are looking for ways to circumvent them.   Hence many physicians have turned to one of many kinds to hormone replacement therapies to try to help patients.  And there are lots of options. They range from over the counter supplements, FDA approved topicals, oral medications, injectables, pellet implants and bioidenticals.   In the end there does not seem to be a single approach that works for all people or that consistently addresses all the potential benefits that people are looking for.

At Piedmont Physical Medicine and Rehabilitation, PA we have over 30 years experience in working with hormone replacement therapy in patients with musculoskeletal conditions.  While all of the aforementioned approaches has their role what we have found to be most reliably consistent in providing positive benefits is the hormone pellet implant approach.  When patients have signs (such as laboratory or X-Ray evidence of hormone deficiency or osteoporosis) or symptoms of hormone deficiency we individually consider this option.   We most frequently employ testosterone pellets in men or post-menopausal women.  The procedure is done as an outpatient.  While it is relatively painless it does require a small incision,  local numbing and insertion of the pellets with a trochar.

Since the pellets are implanted in your fatty tissue (generally near the buttock) liver metabolism is bypassed (so the hormone delivered is not altered by before it can be used by your body). A single implant usually lasts for 3-4 months before it has to be repeated.  Testing and correction of hormone deficiencies and imbalance is monitored closely to determine exactly how much hormone you need and when you need it.   While we are selective in who we offer this option to we been very pleased with the results and believe it can be a valuable approach for musculoskeletal patients.