While occasionally someone afflicted with Fibromyalgia is told he may have Reflex Sympathetic Dystrophy (RSD), it is not uncommon for someone with RSD to be told he has Fibromyalgia. Unfortunately, this only adds confusion to those with either of these disorders. 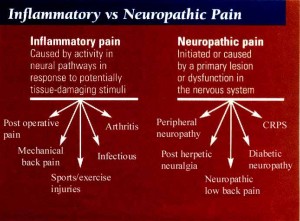 The hallmark of RSD is cold sensitivity in the presence of vasomotor and sudomotor change (abnormal skin color and sweating), which may progress to edema (swelling), contracture (loss of range of motion), and bone loss. Symptoms usually begin after an identifiable, causative event. In patients with RSD, the weather-sensitive component may manifest itself as pain that increases with barometric change. This is a noticeable worsening and a major feature in those with RSD.

by Fran Worrell Contributing Editor of Your Family’s health.

Keith Orsini, of South Portland, ME, was hit by a baseball when he was 14 years old. The blow shattered his nose and cheekbone. The burning pain was immediate, he says, particularly in his eyes. “It was like hot burning coals.” His vision soon worsened, and light began to bother him. More ominous, however, were the variety of other seemingly unrelated physical ailments that began to plague him, such as memory loss, skin mottling and cold extremities, which continued throughout his teens and early 20s. He went to a variety of doctors, but no one could figure out what was wrong.